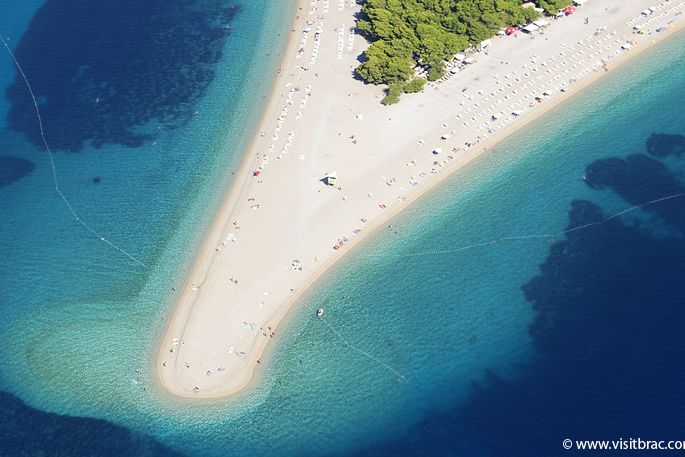 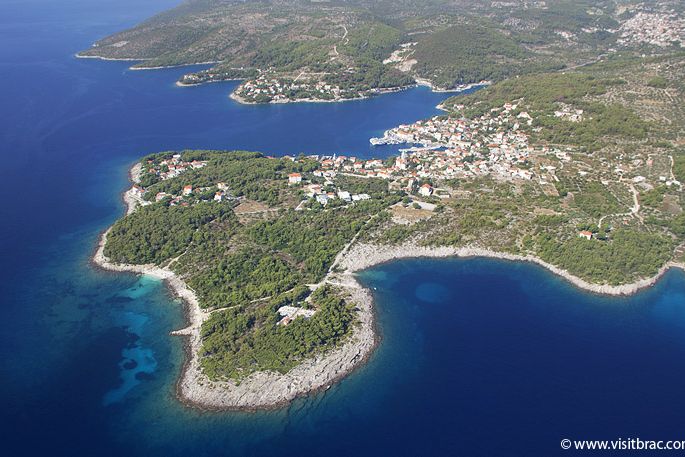 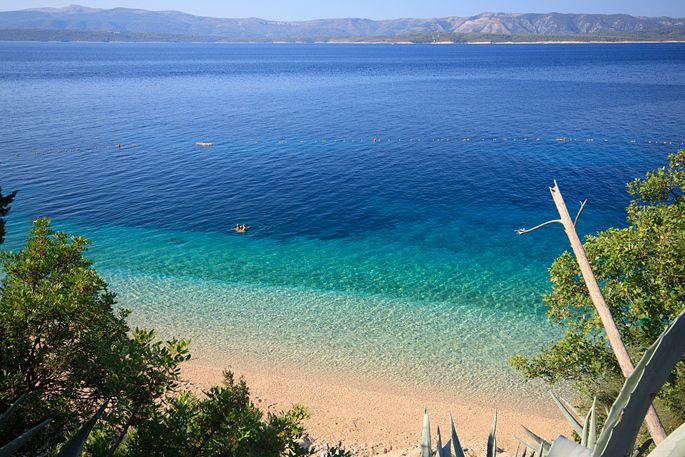 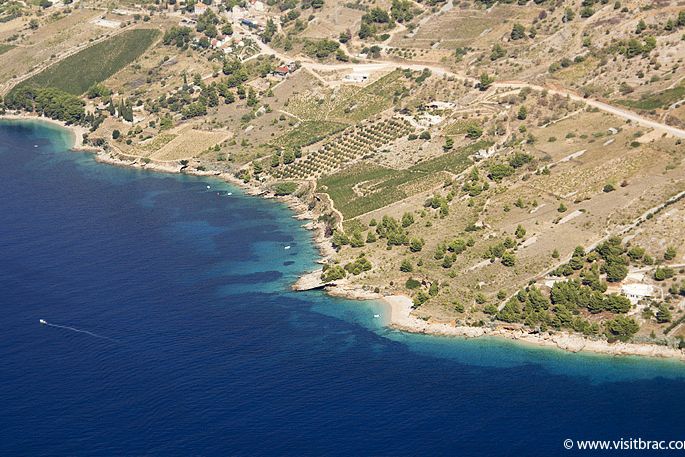 On the island of Brač you can find suitable accommodation in hotels, villas and apartment and choose an activity from an extensive sports and recreation facilities and a variety of excursions from the island.
The island of Brač is endowed with magical bays and covered with forests of cypress trees. In its pastures, goats graze on aromatic grasses which gives their cheese a special taste. Brač's sunny hills are covered with vineyards, whose grapes produce an excellent wine. From long ago, in the surroundings of the place Pučišća on the Northern side of the island, are found the quarries from whose stone the people of Brač build their homes and the same stone is used for White House in Washington and Diocletian's palace in Split.
The oldest place on the island, Škrip, has fortified walls of the Illyrian settlement from the 3rd century, and besides that, in the Roman Radojković castle, you can visit the Museum of the island of Brač, with its rich collection of stone and ethnographical remains. Nerežišća, located in the central of the part of the island, once was the main centre of the island, up until 1828, when Austria gave Supetar the advantage. Here there is the baroque church of Saint Mary, certainly the most monumental church on the island, and especially interesting is the chapel of Saint Peter from whose stone paved roof of the apse grows a tree. If you adore mystical places visit the Zmajeva Špilja – the Dragon's cave at the top of the Murvica settlement. It served as a habitat and temple to priests of glagolithic in the 15th century, who decorated it richly with unusual sculptures, whose meaning has still not been uncovered. Two hours walk from Murvica, the priests of glagolithic from Poljice, fleeing from the Turks, founded in 1551 the hermetic monastery Blaca. Hidden away and relatively inaccessible, the monastery has a museum which shows the fascinating and for that time extremely progressive life of this community of believers.
Despite its rich cultural heritage, Brač is most known for its beach Zlatni rat in Bol, which is included on the list of the ten most beautiful beaches in the world. Covered with fine sand, it has a triangular shape with a prominent peak in the sea, the direction of which depends on the direction of the current. Because of favourable winds, Bol's beach is popular with windsurfers. If you love mountaineering climb to the top of Vidova Gora (778m), the highest summit on Brač and at the same time the highest summit amongst the Adriatic islands, from where is offered an unforgettable view over the Adriatic sea, the islands Hvar, Šolta and Vis and the Mosor and Biokovo mountains. Stay with us and plan a dream vacation on the island of Brač in Croatia! 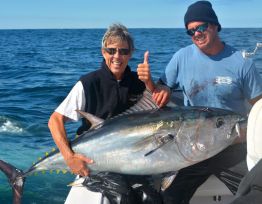 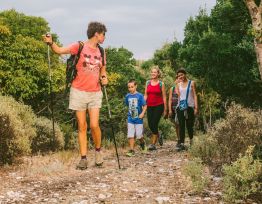 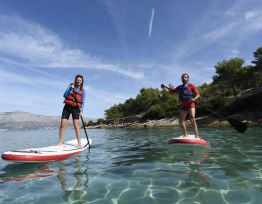 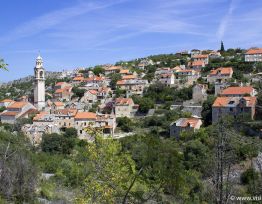 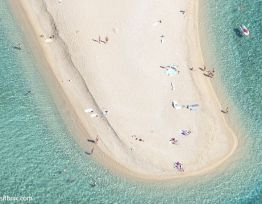 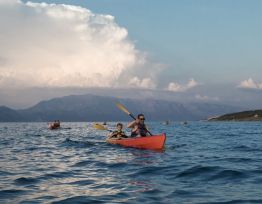 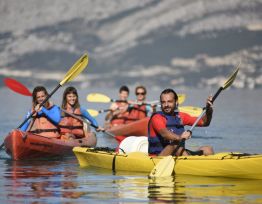 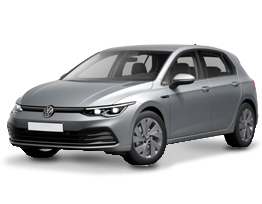 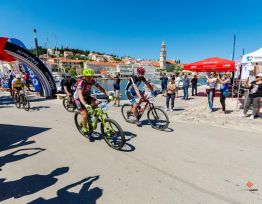 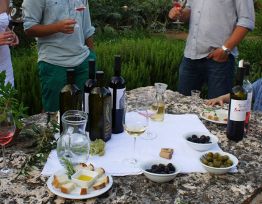 The caves of the islan... 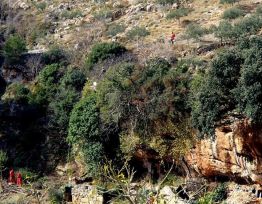 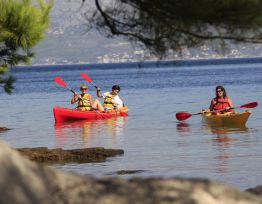 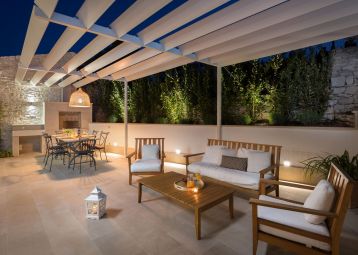 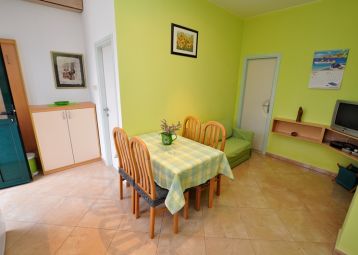 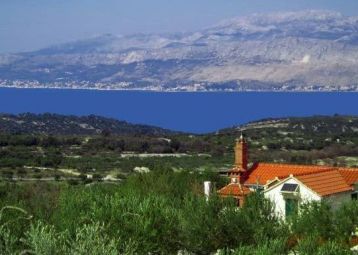 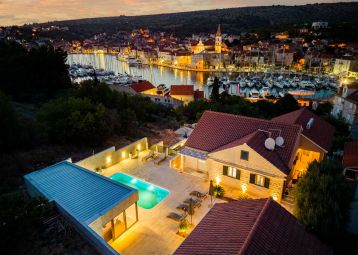 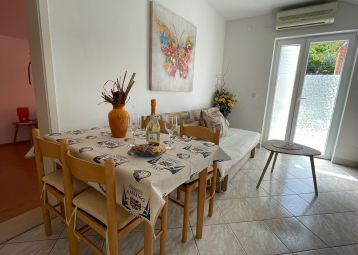 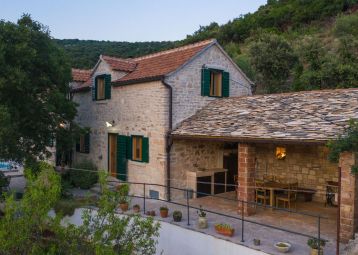 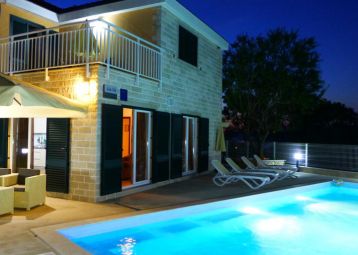 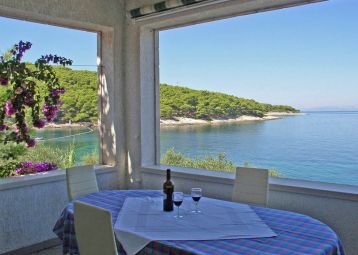 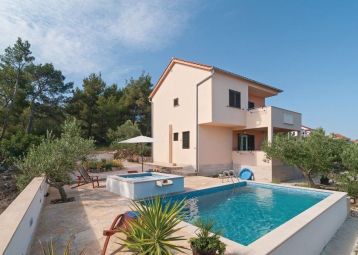 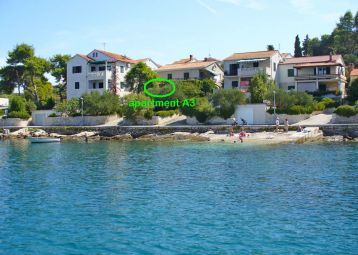 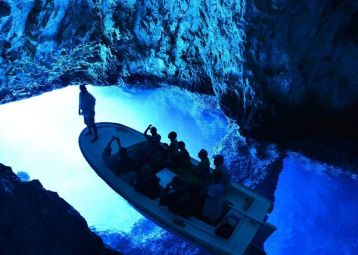 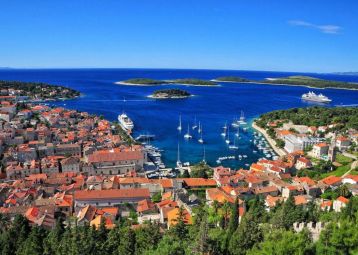 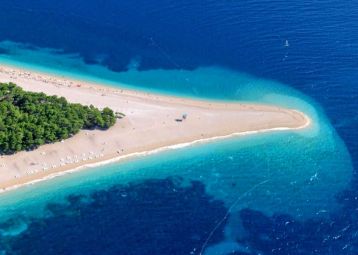 HVAR town and Bol from Supetar...